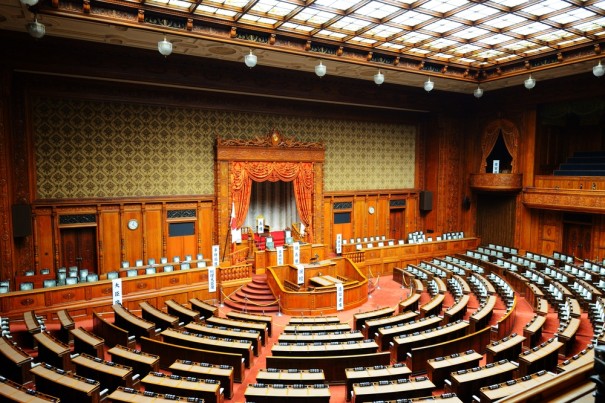 Yesterday, the House of Representatives approved a nationwide abortion ban after 20 weeks gestation in a vote of 228 to 196.

The Pain Capable Child Protection Act would ban abortions after 20 weeks gestation except to save a woman’s life. Victims of rape and incest are also exempt provided that they first report their assault to police. This is a change from the original bill which made no exception for rape or incest. There is still no exception to protect a woman’s health or in cases of fetal abnormality.

The bill was approved in a mostly party-line vote. Only six Democrats and six Republicans voted differently from the rest of their party.

Representative Zoe Lofgren (D-CA) said “[This bill] shows a distrust of women and a lack of the reality of sexual assault.” Representative Louise Slaughter (D_NY) told reporters “Forty years ago, the Supreme Court affirmed that women in America have the constitutional right to make their own health care decisions without the government getting involved. Today, instead of focusing on creating jobs and improving our economy, the House majority is once again playing doctor and trying to tell American women what they can and can’t do, despite what the Constitution tells them they can do.”

Ilyse Hogue of NARAL Pro-choice America told reporters, “Their relentless campaign to outlaw abortion will encourage more criminals like Kermit Gosnell. They will not stop until they completely undermine the ability of women to make personal, private medical decisions with their doctors.” Vicki Saporta, President of the National Abortion Federation, said in a statement, “This bill dangerously jeopardizes the health and well-being of women in the United States who need abortion care later in pregnancy for a variety of reasons. Legislators cannot know the circumstances of every woman and her pregnancy, and should not interfere in personal, private medical decisions.”

The bill has little to no chance of advancing passed the Democrat-controlled Senate, and if it were to pass President Obama has announced he will veto the legislation. In a statement released [PDF] on Monday, the administration said “The Administration is continuing its efforts to reduce unintended pregnancies, expand access to contraception, support maternal and child health, and minimize the need for abortion. At the same time, the Administration is committed to the protection of women’s health and reproductive freedom and to supporting women and families in the choices they make.”