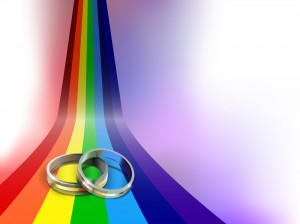 A bill legalizing same-sex marriage in the state of Illinois failed to gather enough support to pass before the end of the legislative session.

The law would have redefined marriage as the legal union of two people, not specifically a man and a woman. It would also have converted civil unions to marriages within a year’s time. Religious institutions and individuals that oppose homosexuality would not be required to perform marriage ceremonies for same-sex couples. The bill passed the state Senate in February with a vote of 32 to 21.

However, in the House, the bill failed to gain enough support to pass. As a result, the bill’s sponsor Representative Greg Harris (D-Chicago) announced that he would not bring the bill up for a vote. He said before the chamber, “And I’ve never been sadder to accept this request, but I have to keep my eye, as we all must, on the ultimate prize. They’ve asked for time to go back to their districts, talk to their constituents and reach out to their minds and hearts and have told me they’ll return in November with their word that they’re prepared to support this legislation.” He continued, “We will be back and we will be voting on this bill in this legislature, in this room… Until that day, I apologize to the families who were hoping to wake up tomorrow as full and equal citizens of this state.”