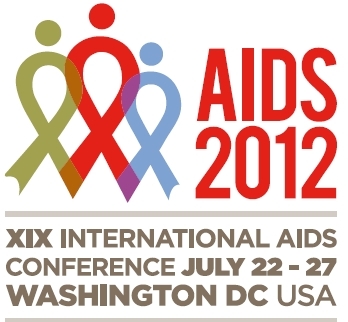 Join thousands of activists in Washington, DC or online this week for the 2012 International AIDS Conference! You can find information about in person registration here, but there is also a parallel and FREE “Global Village,” where advocates and activists from around the world will gather, have booths, hold workshops, and share ideas. Some workshops will be streamed live, so check out the schedule online. If you are in the DC area and are looking to volunteer, the NAMES quilt project still has spots available.

Leaders from around the world are descending on Washington. Almost 20,000 delegates from nearly 200 countries, including 2,000 journalists, are meeting over five days, July 22nd-27th, to continue work towards ways to eliminate an epidemic that has killed over 25 million people around the world.

Almost a decade ago, UN Secretary General Kofi Annan famously labeled AIDS a “woman’s disease” because of the gendered impact the virus had on women around the world then. Fast-forward to 2012 and we are facing an intensified impact as the epidemic becomes a “woman’s plague.”

The US is one of the largest and most important donors to global health programs around the world, and PEPFAR (President’s Emergency Plan for AIDS Relief) is the single largest HIV/AIDS combating mechanism. It is especially significant that AIDS 2012 is being held this year in Washington since President Obama made the historic move to lift the regulatory travel ban preventing HIV-positive foreign nationals from entering the US in 2010.

Take advantage of the opportunity to be a part of this historic 2012 International AIDS Conference – either in person or online. World leaders need to see that without women and our voices, an AIDS-free generation is not possible.