Founding Feminists is FMF’s daily herstory column, in which we re-write the headlines of yore.

One day a woman will be elected President! That’s the assurance of the woman who currently lives in the White House, Eleanor Roosevelt.

She expressed that view this evening in answer to a question from Constance Eberhardt, selected as being representative of those graduating from high school, and given the chance to talk with the First Lady on an NBC radio program.

But while Roosevelt thinks a woman will win the Presidency, it won’t be any time soon. She said she is sure that:

…there will be a woman President some day, but that day is not yet here. We women still have to prove ourselves, and at the present moment I do not think the country as a whole would have enough confidence in a woman, and without that confidence and cooperation she could not do a good job. Before we have a woman President we will have to have more women Governors of the States, more women in the Senate, and in Congress. The women who have served in those capacities have done good jobs, but they are far too few to create the confidence necessary. 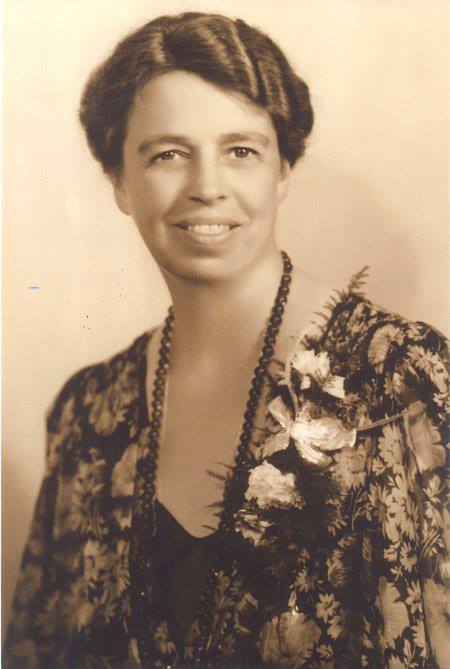 Twenty years after Jeannette Rankin, Republican of Montana, became the first woman to take a seat in Congress, and seventeen years after women were Constitutionally assured of their right to vote on the same basis as men, there are already many “firsts” in the record books and gains continue to be made. In the new 75th Congress there are five women in the House and one in the Senate, bringing the number who have ever served to twenty in the House and three in the Senate.

The first woman to serve in the Senate was Rebecca Latiner Felton of Georgia. She was appointed on October 3, 1922, to fill a vacancy caused by the death of Senator Thomas E. Watson. Between the time of her appointment and Congress reconvening on November 21st, Walter F. George won a special election, but postponed his own swearing in for a day so Felton could be a Senator for 24 hours. Hattie Caraway of Arkansas was appointed a Senator in 1931, then won a full term in 1932 and is expected to run again in 1938. Rose McConnell Long of Louisiana, widow of Huey Long, served from January, 1936 until January, 1937.

Two women have served as State Governors: Nellie Tayloe Ross of Wyoming and Miriam “Ma” Ferguson of Texas. Both were elected on November 4, 1924, with Ross being sworn in first. There have been no women governors since Ferguson’s second two-year term (1933-1935) ended.

Though electing a woman President may be a distant goal, the diplomatic corps is already open to women. As the First Lady noted during her radio interview: “We have sent women as diplomats to two foreign countries already.”

Former Member of Congress Ruth Bryan Owen Rohde, daughter of three-time Democratic Presidential nominee Wllliam Jennings Bryan, was Minister to Denmark from 1933 to 1936. Florence Jaffray Hurst Harriman, an active suffragist during the battle for the vote, was recently appointed as our Minister to Norway.

Even the President’s Cabinet is no longer an all-male institution, because Frances Perkins has been serving as Secretary of Labor since 1933. With so many barriers broken in just the past two decades, it can’t be many more until the last and most difficult barrier, that of the Presidency, falls!