Founding Feminists if FMF’s daily herstory column. Each day, we cover an issue from the news the way we would have way back when.

Susan B. Anthony has been found guilty of having “illegally” voted in last November’s General Election.

She was not convicted by a true jury of her peers, because women cannot serve on juries. Nor was she able to eloquently make her own case to the all-male jury, because the judge ruled in favor of the prosecution when the District Attorney said that as a woman “she is not competent as a witness in her own behalf.” Her conviction did not come after secret deliberations by an unbiased jury because Judge Ward Hunt, after hearing the evidence, directed the jurors to find her guilty. Even a defense motion to poll the jurors individually after they delivered their verdict was denied. Only the final act of this farce now remains, with sentencing scheduled for tomorrow. 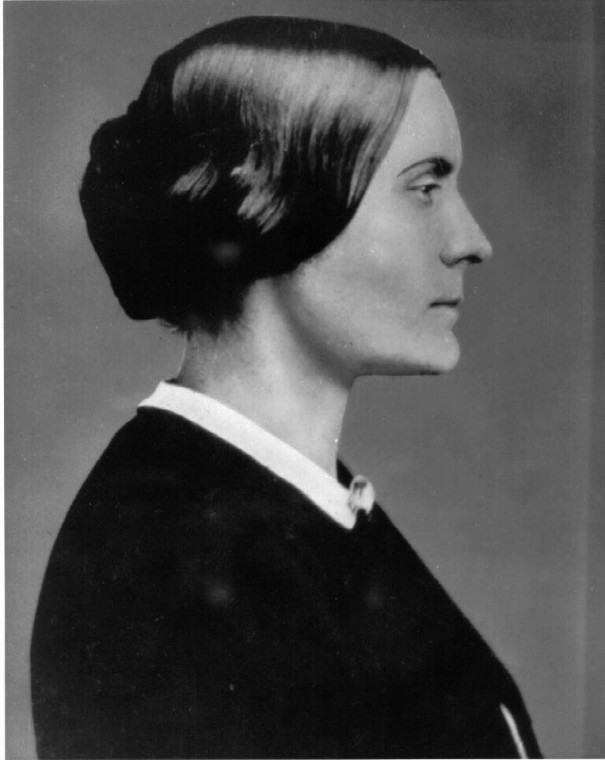 Her test of whether the 14th Amendment confers the vote upon women began on Friday, November 1st of last year when she, three of her sisters, and a number of other women went into a barber shop in the Eighth Ward of Rochester, New York, to register to vote in the 1872 General Election. Though it took an hour of debate with the Registrars – and the threat of suing them personally if she was refused the right to register – they finally did allow it. Four days later she came back to cast her vote. As she explained in a letter written to Elizabeth Cady Stanton on election night, November 5th:

Well, I have been & gone & done it!! — positively voted the Republican ticket — strait this a.m. at 7 O’clock — & swore my vote in at that — was registered on Friday & 15 other women followed suit in this ward — then on Sunday others, some 20 or 30 other women tried to register, but all save two were refused — all my three sisters voted — Rhoda De Garmo too — Amy Post was rejected & she will immediately bring action for that — similar to the Washington action — & Hon. Henry R. Selden will be our Counsel — he has read up the law & all of our arguments & is satisfied that we are right & ditto the Old Judge Selden — his elder brother. So we are in a fine state of agitation in Rochester on the question — I hope the morning’s telegrams will tell of many women all over the country trying to vote — It is splendid that without any concert of action so many should have moved here so impromptu.

Haven’t we wedged ourselves into the work pretty fairly & fully – & now that the Repubs have taken our votes — for it is Republican members of the Board — The Democratic paper is out against us strong & that scared the Dems on the registry board — How I wish you were here to write up the funny things said and done — Rhoda De Garmo told them that she wouldn’t swear or affirm — ‘but would tell the truth’ – & they accepted that.

When the Dems said my vote should not go in the box — one Repub said to the other — ‘What do you say Marsh?’ — ‘I say put it in!’ — ‘So do I,’ said Jones — and ‘we’ll fight it out on this line if it takes all winter’ — Mary Hallowell was just here — She & Mrs. Wllis tried to register but were refused — also Mrs. Mann the Unitarian minister’s wife — & Mary Curtiss — Catherine Stebbins’ sister — Not a jeer not a word — not a look — disrespectful has met a single woman — If only now all the Woman Suffrage Women would work to this end, of enforcing the existing Constitution — supremacy of national law over State law – what strides we might make this very winter — But — I’m awful tired — for five days I have been on the constant run — but to splendid purpose — so all right — I hope you voted too.

A warrant for Anthony’s arrest was issued on November 14th, after a Democratic poll watcher named Sylvester Lewis filed a complaint. She was charged with voting in a Congressional Election “without having a lawful right to vote and in violation of Section 19 of an Act of Congress.” The Enforcement Act carries a penalty of up to a $500 fine and three years’ imprisonment. Arrest by a U.S. Deputy Marshal followed on November 18th.

At a hearing on November 29th, before United States Commissioner William C. Storrs, she was questioned by her lawyer and able to state that she believed she had the right to vote, as authorized by the 14th Amendment, and therefore was not guilty of willfully and knowingly casting an illegal vote. Storrs nevertheless decided that she was probably guilty, so the case proceeded. On January 24th, a 20-man Grand Jury returned an indictment against her.

After her indictment, Anthony went on a speaking tour which proved so successful that in May, when the trial was supposed to begin, it was moved out of Monroe County because both the judge and the prosecutor agreed that there were probably not 12 local residents who would vote to convict. Anthony then went on another speaking tour, this time in Ontario County, where the trial was now to be held in the county seat of Canandaigua.

The trial began yesterday in a packed courtroom, with former President Fillmore among the spectators. Prosecutor Richard Crowley presented testimony from Inspector of Elections B.W. Jones that Anthony had cast a vote. Anthony’s defense attorney, Harry Selden, then called himself as a witness and testified that he had told her that “the laws and Constitution of the United States authorized her to vote, as well as they authorize any man to vote.” Since as a woman she was denied the right to testify, this was the only meaningful evidence given that she had believed what she was doing was legal. Though the prosecution brought out the fact that Selden had told her this after she had registered, it was still before she had voted, and illegal voting was the offense with which she had been charged.

Selden then gave three hours of testimony which noted that the “crime” with which Anthony was being charged would have been considered an honorable and praiseworthy act if she were a man; that the 14th Amendment prohibits abridging “the privileges or immunities of citizens of the United States,” and therefore she cannot be denied the right to vote by New York State; and that even if one disagrees with these arguments, the fact that she believed she was acting lawfully means she did not, as the act requires, deliberately commit an illegal act, and therefore is not guilty.

District Attorney Crowley spoke for two hours, but apparently everything beyond the minimal legal formalities was unnecessary. Immediately following the end of testimony, Judge Hunt took a piece of paper out of his pocket and read from his previously prepared opinion:

“The Fourteenth Amendment gives no right to a woman to vote, and the voting by Miss Anthony was in violation of the law … Miss Anthony knew that she was a woman, and that the Constitution of this State prohibits her from voting. She intended to violate that provision; intended to test it perhaps, but certainly intended to violate it … There was no ignorance of any fact, but all the facts being known she undertook to settle a principle in her own person. She takes the risk, and she ought not to shrink from the consequences.”

Everyone will be back in court again tomorrow, when Anthony hopes to make a statement before sentencing, and we will find out whether she shall face imprisonment or a fine, and if a fine, whether she will pay it.