The Center for Reproductive Rights announced today the launch of a new month-long initiative called “31 Days of Unity,” a collaborative effort among leading reproductive rights and justice organizations to take a unified stand against the barrage of attacks on women’s reproductive rights across the U.S. 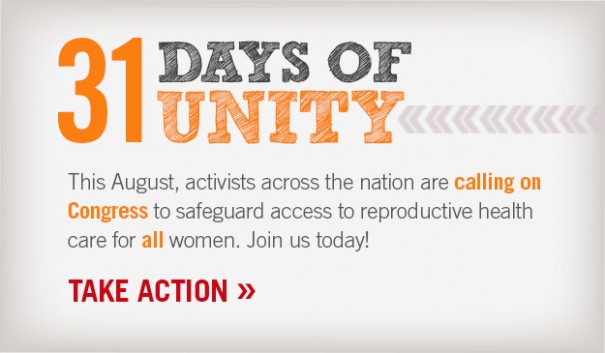 Throughout all 31 days of August, each organization will call on supporters to take a variety of simple actions—from contacting federal representatives to tweeting messages of support to sharing images and videos as a way to demonstrate that the majority of Americans support equal access to essential reproductive health care for all women across the U.S.

“31 Days of Unity” is supported by the Center’s Draw the Line campaign, which launched in October 2012 and spurred a wave of activism that has amassed nearly 250,000 signatures on a Bill of Reproductive Rights. Throughout the “31 Days of Unity” initiative, calls to action from each participating organization will be featured on DrawTheLine.org. 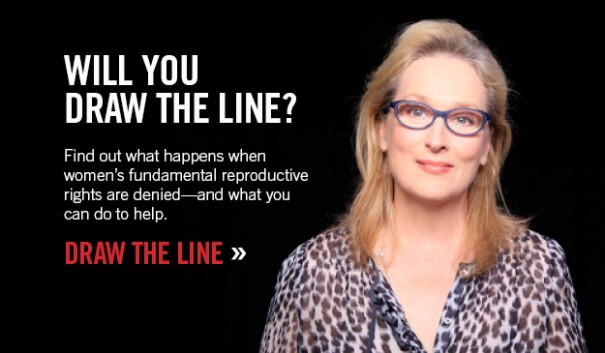 “Attacks on women’s access to abortion and essential reproductive health care have spun so far out of control that the lives, rights and future of millions of women in the U.S. hangs in the balance,” said Nancy Northup, president and CEO of the Center for Reproductive Rights. “For the next 31 days, reproductive rights, health and justice groups across the nation are coming together to call on Congress to stop the attacks on equal access to safe, legal, affordable reproductive health care—for every woman.”