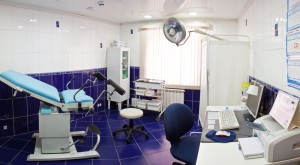 The state Senate of Michigan passed a package of anti-abortion legislation last week in an effort to pass abortion restriction legislation before the end of the lame duck session. SB 612, 613, and 614 seek to eliminate insurance coverage for abortion services with no exception for rape or incest.

The bills would prevent abortion from being a covered benefit under the state health care exchange that must be implemented by 2014 as part of the Affordable Care Act. They also would prevent abortion services coverage from being supplied by private insurance policies from an employer. In this case, the employer or the individual would have to purchase a separate policy specifically for abortion coverage. The only abortion exception that would be covered without a supplemental policy would be in a situation where the woman would die without the procedure.

Desiree Cooper of Planned Parenthood Advocates of Michigan told the Huffington Post “It feels like [state legislators] are completely tone-deaf to what Americans want in general, which is for legislators to pay attention to the economy, particularly in Michigan, and to women and their power to say, ‘This is what we want, and this is what we don’t want.'”

The Michigan House is scheduled to consider SB 612, 613, and 614 sometime this week. The Michigan House is also set to consider HB 5711 which would impose TRAP regulations on abortion clinics by forcing them to meet the same standards as surgical centers. In addition, HB 5711 would prohibit the use of telemedicine to prescribe medical abortions and require doctors to prescribe medicines to induce an abortion in person. Currently 21 out of 83 counties in Michigan do not have an OBGYN, which forces some women to rely on telemedicine for abortion care.