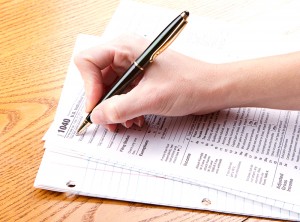 Lawmakers in Michigan are considering allowing fetuses that are at least 12 weeks in gestation to qualify as a dependent under the state’s tax law. Two House Bills, HB 5684 and HB 5685, have been proposed in the Michigan House Tax Policy committee and were debated last week. The measures were originally scheduled to be discussed further today, however several committee members are not ready to vote on them, according toMLive.

HB 5684 and HB 5685 would allow fetuses that were determined to be at least 12 weeks in gestation by the end of the tax year to be considered a dependent when filling out income tax forms. Representative Jud Gilbert (R-Algonac), sponsor of HB 5685, says that such a change is “recognizing the fact that people have additional expenses, another person to take care of. Money saved there could be contributed to doctor’s bills and all kinds of things.”

Opponents of the measure believe that this is not about additional expenses, but instead is motivated by pro-life ideology. Zach Pohl of Progress Michigan issued a statement, where he explained, “This is really a backdoor way of passing extreme personhood legislation, which has been rejected by voters in states across the country.” Meghan Groen, director of government relations for Planned Parenthood Advocates of Michigan, voiced similar concerns to the Guardian. “The way they have drafted it, it is not for pre-natal care, but is for the fetus,” she said. “To focus on the fetus above all else is dangerous.”

Pohl and Groen are also quick to point out that the two sponsors of the legislation voted to decrease tax deductions for families. “Even worse, this would create a special new tax credit for unborn fetuses, after Lansing Republicans eliminated the tax credit for living, breathing children last year,” Pohl states. Groen continues “We don’t have child tax credit here in Michigan, that has been eliminated. … There are a lot of women here who are looking to provide for their children right now and their needs are not being met.”

According to the Guardian, the Michigan League for Public Policy (MLPP) has found that a child tax deduction that was eliminated by the state legislature and governor last year would have provided $57 million and applied to 2.35 million children in the state. This comes after a 2011 cut that reduced the Earned Income Tax Credit from 20% to 6%, which a spokeswoman for MLPP stated caused 9,000 children to fall deeper into poverty.

Person filling out a 1040 tax form photo from Shutterstock