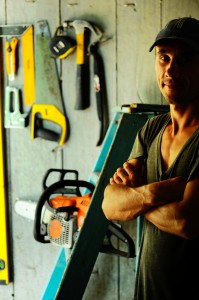 Michigan governor Rick Snyder signed a Right to Work bill into law yesterday. This new law limits union power by preventing unions from taking dues from employee paychecks. Instead, employees must voluntarily give a portion of their paycheck to the union.

Supporters of the law believes that this will lead to economic growth since employees who currently aren’t union members, public or private, won’t be forced to have an automatic deduction from their paycheck. However, union advocates believe that this new measure will hurt all employees economically because unions won’t be able to afford to bargain for better working conditions and pay rates.

When speaking in Redford, Michigan, last week, President Obama commented, “You know, these so-called right-to-work laws, they don’t have to do with economics. They have everything to do with politics. What they’re really talking about is giving you the right to work for less money.”

Hard worker in workshop from Shutterstock