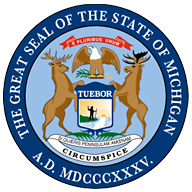 Yesterday, the Michigan Senate Judiciary Committee voted 3-1 to pass a bill onto the Republican-dominated state Senate that would put unnecessary restrictions on abortion providers. The bill would require abortion facilities to be licensed as freestanding outpatient surgical facilities and force doctors to screen for women who may have been coerced into having the procedure. In addition, the legislation dictates how women must handle fetal remains that result from any terminated pregnancy, even miscarriages. This TRAP law, or Targeted Regulations of Abortion Providers, is one of many that have passed through state legislatures since 2011.

Supporters of the bill claim to have the safety of Michigan women at heart, while opponents insist that the bill is poorly written and an obvious attack on women’s reproductive rights. “Until we completely eliminate abortions in Michigan and completely defund Planned Parenthood, we have work to do,” said Michigan representative Mike Shirkey, according to the Huffington Post.

Over the past few months, Michigan lawmakers have attempted to put this bill and similar laws on the books that would restrict a woman’s right to choose. Activists, including Vagina Monologues author Eve Ensler, have been vocally protesting these laws. The Michigan Senate will reconvene on August 15 to discuss this bill.