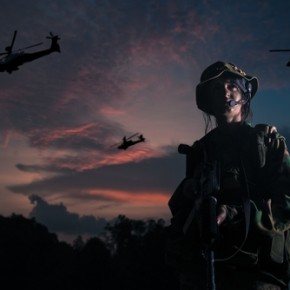 Last night, The Invisible War, a documentary on rape in the United States military, was considered for the 2013 Oscar for “Best Documentary Feature.”

The Invisible War chronicles the ongoing epidemic of rape and sexual assault perpetrated within the ranks, and the military’s failure to adequately prosecute the perpetrators of such crimes. In addition to raising awareness of the issue among the public, the film has led to policy changes within the Department of Defense and the adoption of a series of amendments passed in the most recent National Defense Authorization Act aimed at increasing accountability and victim care.

One of the lawsuits featured in the film, Klay v. Panetta, was dismissed in the United States District Court for the District of Columbia on February 7th. An earlier case, Cioca v. Rumsfeld and Gates, is currently pending in the Fourth Circuit Court of Appeals after a ruling in the Eastern District of Virginia that rape and sexual assault are incident to military service.

Though The Invisible War did not win the Oscar for “Best Documentary,” the film’s nomination has brought national attention to the wide spread occurrence of intra-military sexual assault. More information on the reform effort can be found at www.notinvisible.org. If you would like to purchase <i>The Invisible War</i> it is available through iTunes and Amazon.

soldier looking victorious with apache helicopter fly past from Shutterstock