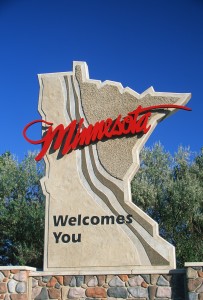 Last week, a Minnesota judge dismissed a lawsuit that attempted to end state insurance coverage for abortion.The lawsuit, brought against the state by a conservative anti-abortion legal group on behalf of “taxpayers”, alleged that the Department of Human Services was using tax-payer money to fund abortions for women on state assistance when the procedures were not medically necessary and without the authority to do so.

Second District Court Judge Kathleen R. Gearin dismissed the case with prejudice on Thursday. In her opinion, Gearin cited a 1995 case Doe v. Gomez, which determined that if Minnesota funded pregnancy-related care, it would be unconstitutional to not fund therapeutic abortions (when there is a medical reason to terminate the pregnancy, or if it is the result of rape or incest). She also restated the guarantee to right to privacy as stated inDoe v. Gomez: “the difficult decision to obtain a therapeutic abortion will not be made by the government, but will be left to the woman and her doctor.” Since the case was dismissed with prejudice, it cannot be filed again.