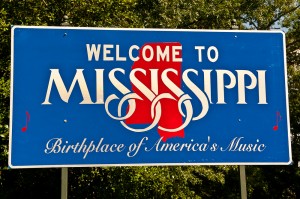 The Jackson Women’s Health Organization (JWHO) and the Center for Reproductive Rights filed a motion for a preliminary injunction Wednesday against a state law which could close its doors early next year. Under House Bill 1390, passed in April 2012, doctors who perform abortions must have admitting privileges at a local hospital and they must be board certified OB-GYNs. Currently both primary physicians at the clinic are board certified, but have been denied privileges by every local hospital.

According to Reuters, applications were sent to every hospital within 30 miles of the clinic on behalf of all the physicians by clinic owner Diane Derzis. Each hospital denied privileges and some even refused to consider the applications all based on the fact that the doctors are abortion providers. One rejection letter stated that the clinic “is inconsistent with this hospital’s policies and practices as concerns abortion and, in particular, elective abortions… The nature of your proposed medical practice would lead to both an internal and external disruption of the hospital’s function and business within this community.”

Nancy Northup, president of the Center for Reproductive Rights, told CNN, “Anti-choice politicians were very clear that they had one thing in mind when they passed this law: to shut down Mississippi’s only abortion clinic. …It isn’t a surprise to anyone that the physicians at the Jackson Women’s Health Organization haven’t been able to obtain admitting privileges at any local hospital.”

In July, JWHO challenged House Bill 1390 contending that the law is not medically necessary and is designed to close the clinic. A Judge ruled to let the strict anti-choice law stand, but allowed the clinic more opportunity to comply with the new regulations. If the clinic does not gain hospital privileges by January 6th, 2013, it will be forced to close as early as February.