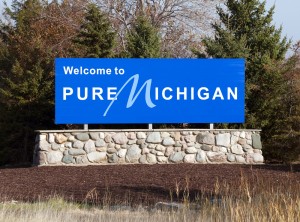 Yesterday the Michigan Senate approved HB 5711, a sweeping package of anti-abortion legislation that will enforce everything from TRAP laws to requiring a risk assessment prior to a procedure. “Super Bill” HB5711 was first proposed in June, and has been in the Senate since August. Yesterday the bill was approved on a vote of 27 to 10, and merely needs to be signed by Governor Rick Snyder to become law.

HB 5711 requires that clinics meet the same standards and regulations as surgical centers and that fetal remains are to be treated the same as a dead human body, including authorization from the local or state registrar before cremation. The bill also requires that doctors provide a written “risk assessment” to patients at least 24 hours before having a procedure and prohibits the use of telemedicine to prescribing abortion-inducing medication. Doctors will also have to certify that a woman is not being coerced into having an abortion by asking probing and invasive questions as a result of HB 5711.

Michigan’s state legislature has passed multiple pieces of anti-choice legislation this week while the majority of media attention has been directed towards the right-to-work bill. House Substitute for S.B. 1293 and House Substitute for S.B. 1294 were both approved by the Michigan Senate and House and immediately prevent abortion coverage from being included in any health insurance exchange program as required by the Affordable Care Act. Both of these laws were passed as part of the restructuring of Blue Cross/Blue Shield of Michigan. These two bills are separate from both approved, which are all pieces of anti-choice insurance legislation passed by the state Senate and sent to the House Insurance Committee. If S.B. 612, 613, and 614 are passed in the House, they will prevent abortion from being a covered procedure under any health insurance policy, and would require women to purchase an additional separate policy purely for abortion coverage.

A Welcome sign at the Michigan state line from Shutterstock