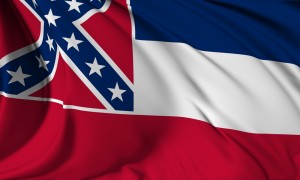 Governor Phil Bryant (R) of Mississippi has rescinded his nomination of anti-abortion activist Terri Herring to the Mississippi Board of Health after media outlets questioned the legality of the nomination.

Governor Bryant announced his nomination of Terri Herring to the state’s Board of Health last Wednesday. Bryant nominated her because she has “committed her life to women’s health care and the right to life.” Herring is a director of the Pro-Life America Network in addition to being president of the Mississippi Choose Life Advisory Committee.

Mississippi state law requires that the Board of Health must be comprised of five currently licensed physicians and six individuals with a background or interest in public health. Herring was nominated as the latter. Her appointment, if confirmed, would have a six year term. However, Mississippi law also requires that Board of Health members come from certain districts of the state – each congressional district must have two members on the Board, and one member must be from each of the Supreme Court districts. A member from Herring’s district is already on the Board of Health, and there is not currently a member from the northern Supreme Court district.

After the Associated Press noticed the oversight, the Governor’s office reviewed the law and decided to pull the nomination. A spokesperson for the Governor said in a statement on Monday “Although this code section is unclear, Gov. Bryant will withdraw this nomination to avoid any legal uncertainty… It is Gov. Bryant’s intention to recommend Mrs. Herring for a future position on the Board of Health when there is an opening in her district.”