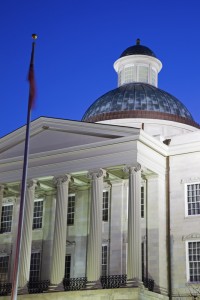 Mississippi Democratic State Senator Alice Harden passed away yesterday at the age of 64. Harden died of an undisclosed but lengthy illness. She had served on the Mississippi state Senate since 1988, and is survived by her husband and daughter.

In her time as state Senator, Harden has been described as a champion for public education, workers’ rights, and immigrants’ rights. Harden wrote legislation that was approved requiring certified translators to be present in Mississippi courts. She also fought to gain pay raises for state employees. Prior to her time as a state senator she was a public school teacher, and brought her passion for education into the state Senate. She previously chaired the Mississippi Senate Education Committee and was the former president of the Mississippi Associations of Educators.

Mississippi state Representative Alyce Clarke (D-Hinds) was a longtime friend of Harden. “We’ve lost a good woman,” she said. “She was always a voice. When we needed a voice in the Senate, or in the community, we knew Alice would be there. I never had any doubt that she would be in there, doing what she felt like was in the best interests of her constituents.”

Bill Chandler, executive director of Mississippi Immigrant Rights Alliance based in Jackson, spoke highly of Harden in the Jackson Free Press. “She really was a giant for human rights, for workers rights and for immigrant rights,” he commented.

Governor Phil Bryant told the Jackson Clarion Ledger “Having served in the Mississippi Senate for 24 years, Sen. Alice Harden was a pioneer for civil rights and a staunch supporter of public education. …She served her constituents well and will certainly be missed.”