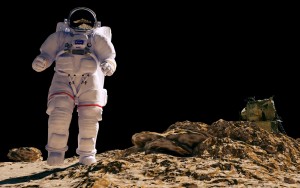 On Monday, the National Aeronautics and Space Association (NASA) announced eight new astronaut trainees. The trainees, half of whom are women, will train to explore low-Earth orbit, an asteroid, and Mars starting in August.

The eight candidates were selected from over 6,100 applicants, the second largest amount NASA has ever received. According to a press release from NASA, the biographies for the four women are as follows:

Anne C. McClain, 34, Major, U.S. Army, lists her hometown as Spokane, Wash. She is a graduate of the U.S. Military Academy at West Point, N.Y.; the University of Bath and the University of Bristol, both in the United Kingdom. McClain is an OH-58 helicopter pilot, and a recent graduate of U.S. Naval Test Pilot School at Naval Air Station, Patuxent River.

Jessica U. Meir, Ph.D., 35 is from Caribou, Maine. She is a graduate of Brown University, has an advanced degree from the International Space University, and earned her doctorate from Scripps Institution of Oceanography. Meir currently is an Assistant Professor of Anesthesia at Harvard Medical School, Massachusetts General Hospital, Boston.”

As of today, only 57 of the 534 people who have flown in space have been women. Currently there are 12 active female astronauts as part of NASA.