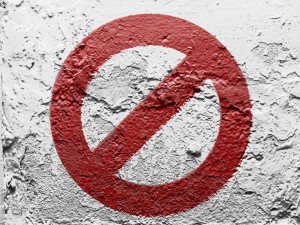 Representative Trent Franks (R-AZ) has introduced a bill that will ban abortion after the 20th week of a pregnancy in the United States.

The bill, also called the D.C. Pain Capable Unborn Protection Act, originally would have banned abortion at 20 weeks gestation only in the District of Columbia. However, Franks decided to expand the bill nationwide following the murder conviction of Kermit Gosnell, a rogue doctor who performed illegal abortions in Pennsylvania. Franks has introduced the bill in previous sessions of Congress, but it was defeated.

Senator Eleanor Holmes Norton, who was scheduled to testify on the bill before it was expanded nationwide, issued the following statement,

“As we have always argued, the intent of my anti-choice colleagues in pursuing a D.C.-only abortion ban bill was to use the District of Columbia to get a federal imprimatur in their effort to overturn Roe v. Wade, and they thought they could do so in a stealth way by using the District. However, our efforts, together with our pro-choice allies nationwide, to highlight the nationwide intent and implications of the D.C. bill brought my anti-choice colleagues unwanted national attention, leaving them unable to hide behind the D.C. bill. Senator Mike Lee, the Senate sponsor of the D.C. abortion ban bill said he could not support a nationwide abortion ban bill because, ironically, it would violate ‘states’ rights,’ so there could still be a unique threat to the District. With the help of women nationwide, we defeated the D.C. abortion ban bill on the House floor last Congress. Now that the Franks bill will expressly target all U.S. women, we can expect an even stronger national response to this attack on women’s health.”

Though Franks cites the case of Gosnell as the reason behind the ban, pro-choice activists argue that this type of law would lead to more cases like Gosnell. President of NARAL Pro-choice America, Ilyse Hogue said in a statement “Gosnell was a criminal whose activities were made possible by the very kind of anti-choice policies Franks is advancing. By cutting funding, reducing access and imposing unnecessary restrictions on safe and legal abortion, anti-choice politicians have forced women – especially low-income women – into the waiting hands of unscrupulous operators like Kermit Gosnell. We will fight this senseless attack and protect the rights of all women.”

The bill will be read before the House Judiciary Subcommittee on the Constitution and Civil Justice on Thursday. The subcommittee is chaired by Representative Franks.