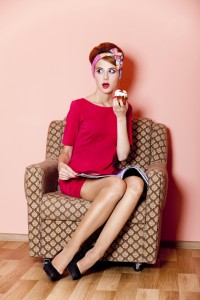 The bill, HB 730 [PDF], allows any health care provider to refuse to participate in an abortion because of moral objections and allows hospitals to refuse to perform abortion services, even if the mother’s life is in danger. It would also prohibit any insurance plan under the state health insurance exchange from including abortion coverage.

One of the most controversial sections of the bill allows for any employer to refuse to provide contraceptive coverage on the basis of moral grounds in direct violation of the Affordable Care Act. HB 730 would rewrite the description [PDF] of a religious employer to “include any employer, including, but not limited to, a corporation, LLC, partnership, or sole proprietorship, whether on a for-profit or nonprofit basis, that has a religious, moral, or ethical objection to arranging for, paying for, facilitating, or providing health benefits plan coverage for contraceptive drugs or methods, including, but not limited to, any and all contraceptive drugs and methods approved by the United States Food and Drug Administration.”

Planned Parenthood of Central North Carolina (PPCNC) staged a costumed protest during the morning committee hearing opposing the birth control provision. Women dressed as if they were in the 1960’s filled the committee room and spoke on how the contraceptive provision would set back women’s reproductive rights. Paige Johnson, Vice President of Public Affairs for PPCNC, said in a statement, “We’re here to say to state legislators who want to turn the clock back to the 1950s: We like watching Mad Men – but we don’t want to live in it. Women’s preventive care – including birth control – is basic health care. Politicians and bosses have no business denying women access to this basic health care. This shouldn’t be a revolutionary idea, but unfortunately it is to some.”

State House Republicans are divided on the contraception provision. While the bill currently includes the birth control provision, late Wednesday night Republican leaders met behind-the-scenes to discuss removing the provision to ensure the bill passes the second House vote on Thursday. Even self-described “hard core” abortion opponent Bob Steinburg (R-Edenton) had reservations. He said, “It’s almost like we’re stepping back in time. To suggest in the 21st century that women would be prevented from having access to birth control – even as far to the right as I am – is going off the cliff. This is going too far.”