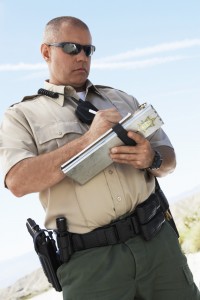 The North Carolina House of Representatives is considering an anti-immigration bill that would allow law enforcement officials to police a person’s immigration status based on “reasonable suspicion.” The bill has already advanced in committee.

House Bill 786, or the Reasonable Enactment of Comprehensive Legislation Addressing Immigration Matters Act (RECLAIM Act) [PDF], would allow law enforcement officials to question someone on their immigration status as part of minor offenses, such as broken headlights, if the officer has any reason to suspect that the individual is in the country illegally. In addition, the bill would not recognize matricula consular IDs, which are issued by the Mexican Consulate in North Carolina, as valid forms of identification. The bill would also force undocumented individuals who are getting a driver’s license to get a vertical restricted driver’s permit that shows their legal status, and have prepaid nonrefundable car insurance for the entire duration of the time they will hold their permit. However, the bill is actually a small step forward from the original refusal of lawmakers to allow undocumented individuals from obtaining driver’s licenses.

Many of the provisions in House Bill 786 reflect Arizona’s controversial “Show Me Your Papers” law. In 2012, the U.S. Supreme Court ruled that law enforcement officials must check the papers of any individual suspected of being undocumented. The Court struck down other provisions of the law that prohibited undocumented immigrants from soliciting work, required that papers are carried at all times, and gave police the right to arrest an undocumented immigrant without a warrant. Later that year, a federal court upheld the rulings by refusing to block the provisions allowing officers to request proof of legal immigration, residency, or citizenship of anyone they suspect might be an illegal immigrant.