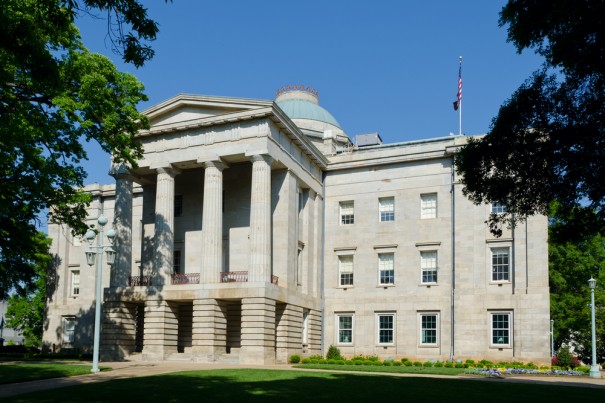 Conservative North Carolina representatives have passed a “sneak attack” bill that combines an unrelated House bill on motorcycle safety with anti-abortion provisions. These provisions mirror the amendment added to an anti-Sharia bill that was passed in the Senate. The anti-abortion measures were only slightly changed in that women would not be required to remain at the clinic for the duration of a drug-induced abortion. However,many of the provisions that threaten to close all but one clinic in the state by requiring clinics to meet similar regulations as surgical centers remain.

In continuation with a 2012 campaign promise, Governor Pat McCrory (R) publicly stated on Wednesday that he would veto the senate bill, which would force clinics to follow the same procedures and regulations as a surgical center, as well as require a doctor to remain in the room throughout the entire procedure, even if it is a drug-induced abortion.

“This is a real full-scale assault on a woman’s right of privacy and, in my view, all but extinguishes a woman’s right to choose in this state,” explained state Representative Rick Glazier (D). “People ought to be concerned about what it portends for the future when this majority seems only confined by one thing – and that’s how much they can get away with.”