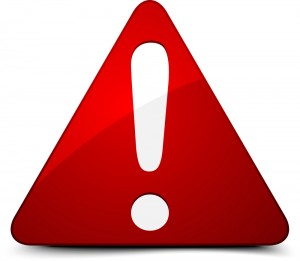 North Dakota governor Jack Dalrymple (R-ND) just signed a series of three restrictive anti-abortion rights measures into state law. All three measures were passed by the Republican-controlled North Dakota House and Senate. The North Dakota legislature also passed a Personhood state constitutional amendment, which would ban the termination of a pregnancy from the moment of conception. The Personhood Amendment will be placed on the November 2014 ballot and does not require the Governor’s signature.

Governor Dalrymple signed a TRAP (Targeted Regulation Against Abortion Providers) law aimed at closing North Dakota’s only remaining comprehensive reproductive health clinic, The Red River Women’s Clinic. The TRAP law requires “admitting and staff privileges at a nearby hospital for any physician who performs abortion in ND.” This unnecessary requirement is particularly oppressive and impossible to meet. Because of the hostile state environment and threats to doctors, providers have had to travel from outside of the state to provide abortions at the clinic. In emergency cases, nearby hospitals do accept admission of a patient from the clinic without the doctor who performed the procedure having admitting or staff privileges.

The Governor also signed into law measures instituting a ban on all abortions solely for gender selection or genetic abnormalities, and a ban on any abortion after a heartbeat can be detected.

In signing all of these measures, the governor acknowledged these laws will be challenged in the courts all the way to the United States Supreme Court. He said “likelihood of this measure (fetal heartbeat law) surviving a court challenge remains in question,” but he continued it was a “legitimate attempt by a state legislature to discover the boundaries of Roe v. Wade. On the TRAP law, he said it was also “legitimate and a new question for the courts.” He also said the legislature should appropriate the necessary funds for the state attorney general to defend the measures in court. North Dakota, unlike most states today, has a large budget surplus because of an oil industry boom in the western part of the state. The Bakkan Shale deposit drilling has turned North Dakota into the 4th largest oil producer in USA.

In signing these measures into law, the governor ignored the pleas of North Dakota citizens who rallied simultaneously in the four largest cities of the state– Bismarck the capital city, Minot, Fargo, and Grand Forks–against the measures and for women’s rights and lives. The Stand Up for Women rallies showed the commitment of a large pro-choice movement in North Dakota.