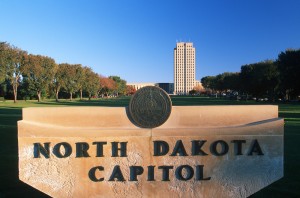 Today the North Dakota state Senate approved two bills that together would form the strictest abortion ban in the nation. Now they go to North Dakota Governor Jack Dalrymple (R) for his signature.

The state Senate voted to approve a measure that would ban abortion when a heartbeat is detected. With a transvaginal ultrasound, a heartbeat can be detected as early as six weeks. The state Senate passed another bill that prohibits abortion even when a fetal abnormality is detected, including severe genetic defects. Both of these measures have already been approved by the state House.

It is uncertain if Governor Dalrymple, who has been against abortion in the past, will sign the bills into law.