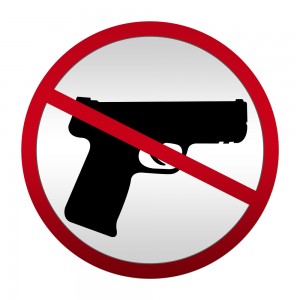 In light of the massacre in Newton, Connecticut last Friday, Senator Dianne Feinstein (D-CA) has announced that, on the first day the new Congress convenes in January, she will propose new legislation to restrict assault weapons access.

On “Meet the Press” yesterday, Feinstein explained that she will propose a bill in the Senate that would restrict the sale, importation, and possession of assault weapons and limit the maximum number of bullets allowed in a magazine. A companion bill will also be introduced in the House. “I can tell you that [Obama] is going to have a bill to lead on because it’s a first-day bill I’m going to introduce in the Senate and the same bill is going to be introduced in the House. A bill to ban assault weapons. It will ban the sale, the importation, and the possession – not retroactively but perspectively [sic]. And it will ban the same of big clips, drums, or strips of big bullets,” she said

Feinstein is not the only Senator who will be tackling gun control. Senator Frank Lautenberg (D-NJ) hasannounced that he will introduce legislation to ban the sale of high-capacity magazines. Senator Joe Manchin (D-WV), a lifelong National Rifle Association member, told MSNBC, “Anybody that’s a proud gun owner, a proud member of the NRA, they’re also proud parents, they’re proud grandparents. They understand this has changed where we go from her. …I don’t know anyone in the sporting or hunting arena that goes out with an assault rifle, I don’t know anybody who needs 30 rounds in a clip to go hunting.”

Metallic Style No Weapon from Shutterstock