A recent study conducted by UC San Francisco’s Advancing New Standards in Reproductive Health (ANSIRH) found that women who are denied an abortion in the United States are three times more likely to be under the federal poverty line. Of 956 women who sought abortion care, the study found that 65% of “turnaways” (women who were denied abortion care) were below the poverty line compared to 56% of women who had abortions. Two years after seeking an abortion, turnaways were three times more likely to be below the poverty level compared to women had abortions.

The “Turnaway Study” also tackles other stigmas surrounding abortion in the United States such as mental health, drug use, and violence experienced by turnaways compared to women who received abortion care. According to the study, there were no differences between turnaways and women who had abortions in relation to the development of clinical depression, but turnaways 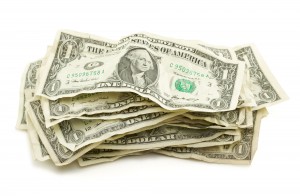 had higher rates of physical complications than women who had abortion procedures, even when including those who had an abortion late in a pregnancy. ANSIRH also found that there was no significant correlation between drug use and women who have abortions versus those who are turned away.

ANSIRH did determine that turnaways experienced a higher level of domestic violence compared to those who had abortion procedures (7% a year later versus 3%). Dr. Diana Greene Foster, the Principal Investigator of the study, clarified that this discrepancy is not the result of turnaways seeking more abusive relationships, but rather that women who had abortions were more likely to leave an abusive relationship than turnaways who also had a child to consider.

The “Turnaway Study” is planned to span five-years. The current findings are preliminary and were released after a two year period. Researchers interviewed 956 women who sought abortions in 30 clinics across the country. Of these women, 182 were turned away from the clinics because their pregnancies were past the legal gestational limit in their area or for other reasons. The interviews are conducted by phone every six months over the course of five years. The study includes English and Spanish speakers over the age of 15 whose pregnancies did not have fetal anomalies.

Pile of Crumpled Dollar Bills Isolated on a White Background photo from Shutterstock.