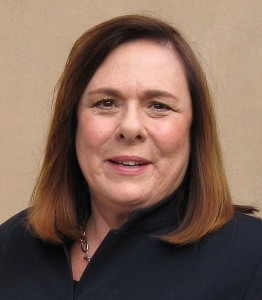 After a 20-year absence, a woman will finally take the moderator’s seat in a U.S. presidential debate. CNN’s Candy Crowley, chief political correspondent and anchor of “State of the Union With Candy Crowley,” is the first woman since 1992 to take on the role. Martha Raddatz, senior foreign affairs correspondent for ABC News, will moderate the vice presidential debate.

Crowley and Raddatz will make history: For the first time, the moderators of the four debates (three presidential, one vice presidential) are split evenly by gender, with men moderating the second two presidential. Crowley will take her turn on Oct. 16 in Hempstead, N.Y., in a town hall debate focused on foreign and domestic issues. Jim Lehrer of PBS’ “Newshour” will moderated the first debate in Denver on Oct. 3 and Bob Schieffer of CBS’ “Face the Nation” will moderate the third debate on Oct. 22 in Boca Raton, Fla. The VP debate, with Raddatz at the moderator’s mic, will be held Oct. 11 in Danville, Ky.

In June, three high school sophomores from Montclair, N.J., launched a campaign on Change.org petitioning the Commission on Presidential Debates (CPD) to appoint a woman moderator for one of the debates, garnering more than 120,000 signatures. They had learned about the lack of women debate moderators in their high school civics class. Today, petition organizers Elena Tsemberis, Emma Axelrod and Sammi Siegel expressed their happiness on their Change.org homepage, with Tsemberis stressing the importance of the issue beyond partisan politics:

This was about equal representation, regardless of political party. When Candy Crowley takes the stage to moderate the debate between Obama and Romney, it will be a victory for all Americans.

There have been three presidential debates every election cycle with the exception of 1996, when Bill Clinton and Robert Dole only debated twice. So why has there been such a shortage of women moderators? Why were savvy interviewers such as Christiane Amanpour and Diane Sawyer passed over in each election cycle? Considering just two of the CPD’s 17 members are women, perhaps the 15 men out-voted them.

While many count this as a victory for diversity, Tampa Bay Times‘ Eric Deggans points out that the CPD focused on only one kind of diversity, because for the first time since 1996 there won’t be any non-white moderators. There’s certainly more work to be done to represent the diversity of American voters.

Change.org has been the catalyst for several successful petitions started by young women this year, including 14-year-old Julia Bluhm’s appeal to Seventeen magazine to stop digitally retouching photos of women in its pages.

Though the CPD has not said whether the three teens’ petition influenced its decision, the rest of us can’t help but feel inspired by their action–and, perhaps, it will inspire more young women to do something when they face inequality. May we also suggest that, in October, Crowley and Raddatz grill the candidates with some questions related to women’s rights.

Blog by Rebecca Nelson · Cross-posted from the Ms. blog
Photo of Candy Crowley via Wikimedia Commons.