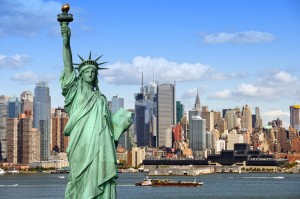 New York Governor Andrew Cuomo (D) will include a section on expanding and protecting abortion rights in the state of New York as part of a Women’s Equality Act.

The Reproductive Health Act would expand the conditions under which a woman could have a late abortion in the state to include when the mother’s health is in jeopardy or the fetus is not viable in addition to cases to save the life of the mother. This would bring New York state law on late term in sync with federal regulations. The act would also allow licensed health care practitioners to perform abortions and remove abortion from the New York penal code and place it under regulation by the state’s public health law.

According to an anonymous Cuomo official, one reason for the Reproductive Health Act is to protect a woman’s right to choose in case the historic Roe v. Wade decision were to be overturned.

Cuomo has insisted that the Reproductive Health Act should not be treated separately from the Women’s Equality Act, which is reportedly a 10-point piece of legislation that would provide equal pay for equal work, workplace protections against discrimination, and measures against violence against women. In Cuomo’s “State of the Union” New York address, he said, “Maybe it’s a man’s world, but it is not a man’s world in New York. Not anymore.”