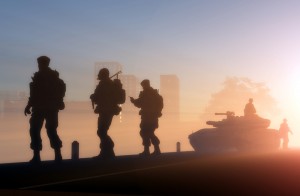 The Obama Administration released an official statement yesterday that includes support for abortion access for military survivors of rape. The statement [PDF] calls for changes to the National Defense Authorization Act for 2013, which details the military’s budget, but supports an amendment that would allow military personnel to use their insurance to cover an abortion in cases of rape or incest. The statement also supports access to elective abortions for all servicewoman and military dependents when they use their own funds, including servicewomen overseas.

Under the amendment, armed servicewomen would be granted the same rights as civilian women under federal policies that provide affordable abortion care to women who are the victims of rape or incest. Under the current policy, servicewomen are only eligible for abortion care if the woman’s life is at risk.

Senator Barbara Boxer (D-California) told reporters, “[This amendment] is particularly important given the tragically high rate of sexual assaults in our military. …I believe that American service women are entitled to the same rights and access to reproductive health care as the civilians they protect.”

A Group of Soldiers Against the Dawn from Shutterstock