Undaunted by yesterday’s two-vote loss in the Senate for the Susan B. Anthony (nationwide woman suffrage) Amendment, Alice Paul and other members of the National Woman’s Party are meeting today and tomorrow to plan their most effective response.

One thing is now certain: there will be no second vote until after the November elections, according to members of the Senate Woman Suffrage Committee. It’s the consensus of the committee’s pro-suffrage members that until the composition of the Senate is changed, the result would be another defeat.

But the 65th Congress is near the end of its term, and not only is the entire House and 1/3 of the Senate up for election, but there have been an unusual number of Senate vacancies temporarily filled recently, so a vigorous and well-run campaign could cause a major shift in favor of suffrage in the Senate. All factions of the suffrage movement will be actively working for this change. The National American Woman Suffrage Association will be targeting four anti-suffrage Senators, and the National Woman’s Party will intensify its already-announced campaign against Democrats, who have controlled both House and Senate since 1913, but have not delivered on suffrage, and continue to lag far behind Republicans in their support. 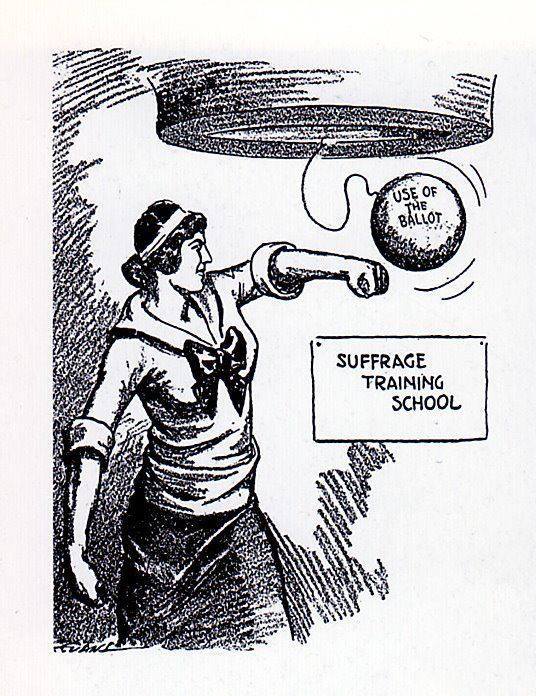 According to a statement released by the National Woman’s Party tonight, the outlook is very favorable:

Several vacancies occur in the Senate in November, when the terms of men now serving under appointment expire. Senator Benet of South Carolina, who voted against the suffrage amendment, contradicting the President’s statement that it was a ‘war measure,’ holds his seat only until the November election. He was defeated in the recent primaries when he ran to succeed himself, and will be followed by W.P. Pollock, who, suffragists hope, will support the President in this measure.

The appointment of Senator Martin of Kentucky, who voted for the amendment, lasts until March. Senator Baird of New Jersey was appointed by Governor Edge with the understanding that he would support President Wilson in all his war measures. In spite of this fact, he voted ‘no’ on the suffrage amendment last Tuesday. Senator Baird is contesting the November election for the short term with the Democratic candidate, Mr. Hennessy, who is a strong suffrage advocate. Governor Edge, who is running for the long term in New Jersey, and who appointed Baird, has made suffrage the first plank in the platform, showing the importance given the measure in New Jersey.

Senator Drew of New Hampshire, who also declined to support the President on this war measure, received only one vote in the recent State convention, and goes out in November. The two men running for his seat are Mr. Moses, Republican, who is a strong suffragist, and Mr. Jamisson, Democrat, whose nomination has just been announced, and whose position on suffrage is being inquired into.

Vacancies occurring in suffrage States are bound to be filled by suffragists, and so will not affect the situation.

As might be expected, Republicans are taking great – and quite justifiable – pride in their party’s overwhelming support of woman suffrage. When the measure passed the House on January 10th, Democrats gave it a bare majority of 104 in favor and 102 against (50.5% support), while Republicans voted 165 in favor and 33 against (83.3% support). Three members of the Socialist Party, one from the Prohibition Party, and one Progressive Party member voted in favor as well, with one Progressive voting against, making the final tally 274-136, just enough for the 2/3 required.

In yesterday’s Senate vote, 27 Republicans and 27 Democrats favored the measure, with 10 Republicans and 20 Democrats opposed. At the last minute, Senator Andrieus Jones, Democrat of New Mexico and chief sponsor of the measure, changed his vote to “no” so that under the Senate rules he would have the right to bring it up again, thus making it officially 26 Democrats in favor and 21 opposed. Either way, Democratic support was well under the 2/3 needed (57% or 55%), and Republican support well over 2/3 (73%). Representative George Foss, Chairman of the Republican National Congressional Committee issued this statement tonight:

“Votes for women was placed on the list of necessary measures to win the war by Presidential decree in his address to the Senate. The vote taken soon after the pronouncement indicates the attitude of party support. For the measure 27 Republicans and 26 Democrats; against 10 Republicans and 21 Democrats. The defeat is charged to Democrats, who have control of the Senate by a majority of eight votes.”

“Votes for Women” may have suffered a legislative setback, but only a temporary one. Millions of women already vote in suffrage States, and will do so in November. Yesterday’s defeat has only served to make suffragists in all States even more determined to have an impact on the upcoming elections and make sure that the two Senate votes which were lacking in the 65th Congress will be present in the 66th. The Anthony Amendment can then be passed by Congress and sent to the States for ratification early in 1919, when the State Legislatures are in regular session, and ratified long before the 1920 elections.