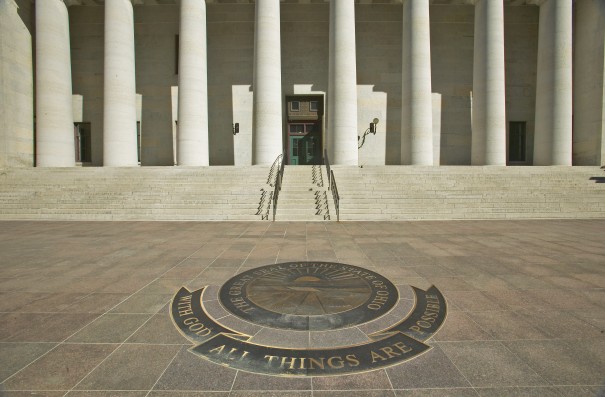 On Sunday night Ohio Governor John Kasich (R) signed a new state budget into law that includes provisions that will severely restrict access to reproductive healthcare across the state. Ohio will now be home to some of the nation’s strictest abortion regulations. Although the Governor made 22 line-item vetoes before signing the new budget into law, he did not veto any portion of the abortion provisions.

The budget strips $2 million in family planning funds from Planned Parenthood. The budget then redirects family planning funds toward deceptive crisis pregnancy centers (CPCs). CPCs are often owned and operated by churches or anti-abortion groups that pose as legitimate health centers. The Ohio budget also includes a provision that would deny federal funding to rape crisis centers who provide information on abortion to rape victims. These cuts will severely limit the access of low-income Ohio women to often life-saving procedures and care. Another provision of the Ohio budget as passed by the Senate could potentially close multiple abortion clinics throughout the state. The provision prohibits abortion clinics from having transfer agreements with public hospitals in cases where a patient needs additional care. However, in order for ambulatory surgical centers to be licensed by the state, they are required to have such transfer agreements in place. Republican legislatures also added an ultrasound amendment late in the debate yesterday requiring doctors to determine if there is a fetal heartbeat and inform the woman of the likelihood it will survive to full term.

Last week the controversial provisions in the proposed budget drew hundreds of pro-choice protestors to the Ohio Statehouse. After the new budget was signed into law, the President of Planned Parenthood of Greater Ohio Stephanie Kight stated, “These provisions in the Ohio state budget are part of an orchestrated effort to roll back women’s rights and access to health care in Ohio. The budget is only the latest in a series of restrictive laws signed by John Kasich that have hurt the women in our state who need more access to health care, not less.”