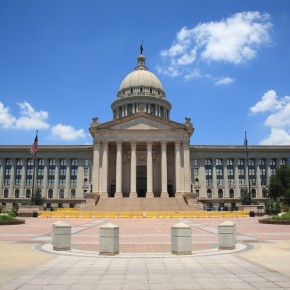 The Oklahoma State House Public Safety Committee passed three abortion-related bills Tuesday that make it more difficult for girls under the age of 18 to receive an abortion without parental consent. In a 7 to 3 vote, the Committee approved two bills that would eliminate the ability for an underage girl to have a judge allow them to receive an abortion without notifying their parents.

One bill would entirely eliminate the judicial bypass system, which allows minors under the age of 18 to petition the court to waive the parental consent requirement based on various circumstances such as abuse. A second bill would allow only a judge from the county in which the minor resides to approve the waiver. The third bill adds 24 more questions to a questionnaire that abortion practitioners must answer and submit to the state about every abortion procedure performed. It would also add the potential for voters to initiate legal consequences against doctors who don’t meet reporting requirements.

Many anti-abortion proponents contend that the judicial bypass is being exploited by abortion providers as a means to exclude the girl’s parents from the abortion process. State Rep. Jeannie McDaniel, D-Tulsa, fought back against this view by arguing that only approximately 17% of abortions in Oklahoma involve women younger than 18. “In this building, very few of us walk in the shoes these young women are forced to,” McDaniel said. “We’re putting up more barriers for them.”

State Rep. Doug Cox, R-Grove, also a physician from Grove, opposed all three bills and said the new questionnaire was excessive. “Was an infant born alive as the result of an abortion?” Cox asked, referring to one of the additions to the questionnaire. “What kind of question is that?” He continued, “We keep passing stuff like this, (abortions) will be done in back alleys with coat hangers, people… I don’t know how much longer we’re going to…play political games with women’s health and a woman’s right to choose what they think is best for them and their health and their family… It’s a decision that should be made between the woman, her God and her doctor. The government doesn’t have any place in it.”

The three measures will now go to the full Oklahoma State House for a vote.

The state capitol building in Oklahoma City from Shutterstock