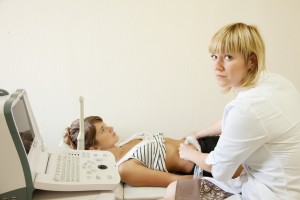 In separate cases, the state Supreme Court determined that both HB 2780 and HB 1970 are unconstitutional because they violate the U.S. Supreme Court’s 1992 ruling in Planned Parenthood v. Casey. HB 2780 required that women had an ultrasound performed and described to her within an hour before having an abortion. HB 1970 prohibited off-label use of medications, including RU-486, to induce abortions. HB 1970 was defeated by a unanimous opinion from all eight judges and HB 2780 was defeated by seven of the judges. One judge recused herself from the case of HB 2780 because she had issued an injunction against the law in 2010.

The State Attorney General Scott Pruitt, who defended the laws, is considering appealing to the United States Supreme Court.

Nancy Northup, President of the Center for Reproductive Rights, which represented the plaintiffs in the cases,told the media that Oklahoma has long been a battleground against anti-women legislation, “but despite their best efforts to chip away at women’s fundamental rights, the courts have consistently rejected these extreme assaults on reproductive freedom.”

Earlier this year, the U.S. Supreme Court refused to hear a case brought by the anti-abortion group Personhood Oklahoma, rejecting its attempt to challenge the Oklahoma court’s ruling against a proposed Personhood ballot measure in the state. The ballot measure, if it were passed, would grant fertilized eggs the same constitutional rights as a person, would serve to ban abortion, and could also outlaw emergency contraception, IUDS, in vitro fertilization, and stem cell research.