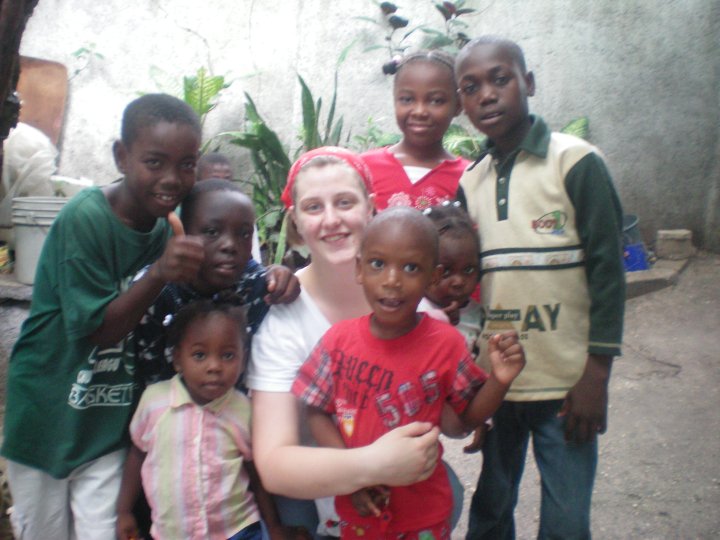 For a while there it seemed as if most of the world had forgotten about Haiti (again). This week, by all indications from the news media, the ongoing tragedy has not been completely forgotten. Unfortunately, I can’t help but feel discouraged when nearly half of the people I speak to about Haiti are sure that it was a hurricane that occurred last January (?!) or believe that Haiti is an island near Africa.

Immediately following the January 12 earthquake I began searching for volunteer opportunities, but quickly found that without a medical or emergency response background, few organizations were interested in taking advantage of my willingness to help. In May, however, I was finally invited to join an amazing group of nurses and doctors to volunteer at a medical clinic run by the organization Raising Haiti. In total, I have traveled to Haiti 3 times, working twice in a general medical clinic and once in a cholera treatment center. I will return in 15 days (but who’s counting).

There have been so many issues complicating the situation in Haiti this past year, but given my background as a passionate feminist and advocate for women’s health & rights, I can’t overlook how these circumstances will always disproportionately effect the women of Haiti. Women head nearly half of all households in Haiti, and face a constant threat of gender based violence (GBV).

And this is all prior to the chaos which followed the earthquake which claimed the lives of over 300,000 people, and lead to increased civil unrest as well as a cholera epidemic whose death toll is approximated to be 2-4 times worse than the official reports of 3700.

But the Haitian people are warm, grateful and funny. They persevere in the face of insurmountable odds and great obstacles, always seeking to do what is best for their families, their community and their country. Every Haitian, whether living in Haiti or building a life in the expansive Haitian diaspora, knows the greatness which lies beneath the surface in Haiti. I’ve fallen in love in Haiti, in so many ways.

From a Campus Organizer who assisted in a impromptu pharmacy and monitored cholera patients:
“Nobody made a greater mistake than he who did nothing because he could only do a little” – Edmund Burke
[A quote which can be found on the legendary table of the MMRC HQ in Port-au-Prince.]

For more information on the women of Haiti:
We Advance: NGO in Haiti focusing on GBV and women’s health
Kay Fanm: “House of Women” Haitian non-profit focusing on health & GBV in Haiti
Ms. Magazine: Please also check related posts for information on rape & GBV. Additionally the Winter 2011 issue of Ms. has a story dedicated to the women of Haiti.
UNFPA: UN Population Fund work on GBV and maternal health