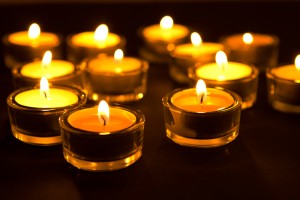 Mayoral Candidate Marco McMillan of Clarksdale, Mississippi, was found dead on Wednesday in what authorities have ruled is a homicide. 22 year old Lawrence Reed, who was found inside McMillan’s crushed car after a head-on collision, is currently in custody facing a murder charge. McMillian’s body was later discovered nearby.

“It’s too early in the investigation to know what the motive is,” a spokesman of the Sherriff’s Office said to CNN.

McMillan was the first openly gay man to run for mayor in Mississippi. The Gay & Lesbian Victory Fund and Institute tweeted that McMillian was “one of the 1st viable openly #LGBT candidates in Mississippi.” McMillan’s campaign centered around improving the employment rate in Clarksdale, as well as cracking down on crime in the impoverished Delta region.

McMillan’s campaign team said on facebook “We remember Marco as a bold and passionate public servant, whose faith informed every aspect of his life.” McMillan had previously served as Executive Director of Phi Beta Sigma, where he brought greater attention to HIV/AIDS and its impact on people of color. Ebony Magazine named McMillan to its list of thirty up-and-coming African-American leaders under thirty in 2004.