House Democratic Leader Nancy Pelosi announced today that she will seek reelection as leader of the Democratic caucus. 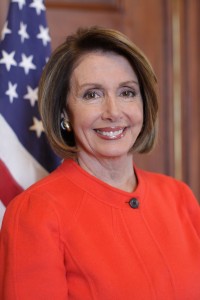 As Democratic Leader, Pelosi is the highest ranking woman in American politics. Pelosi has used her leadership position to advance women in the House, as well as advance women’s right issues and a whole host of progressives. Pelosi also has recruited a very diverse caucus and as Democratic Leader will chair the first major party caucus of the House which will have a majority of women and minority members. Composed of 61 women, 26 Latino, 11 Asian, 5 out gay, 1 out bisexual and 43 black representatives, this will be the first time that women and minority members will outnumber their white male counterparts. And with Democrats currently leading in six out of seven Congressional races that have yet to be determined, the caucus is expected to grow. Pelosi has also raised more money than any other woman in American political history. In 2012, she raised more than $85 million for the Democratic Party, and has raised a total of $382 million since 2002.

“She is a feminist and she for women’s rights unequivocally. She made sure the health-care bill ended blatant discrimination on the basis of sex; she made sure it covers maternity benefits and eliminates charging more for women’s health insurance. As Pelosi has said, ‘No longer is being a woman considered a pre-existing condition'” said Eleanor Smeal, president of the Feminist Majority.

Pelosi was the first woman Speaker of the House in the history of the United States and has been claimed by some historians to be the most effect House Speaker in U.S. history. As speaker she was essential to passing key legislation for women such as the Affordable Care Act, the Lilly Ledbetter Fair Pay Act, and the repeal of Don’t Ask , Don’t Tell among many others.