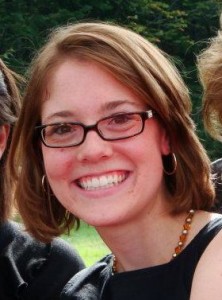 woman is assaulted or beaten in the United States.  One in four women are subjected to violence during their lifetime.

Perpetrators do not discriminate in their acts of violence. Women are exposed to domestic violence regardless of race, sexual orientation, income level, and age. Abusers do not differentiate among women of legal residency status and undocumented immigrants. Violence touches all women.

I repeat: Perpetrators do not discriminate in their acts of violence against women.

So, why is the House of Representatives picking and choosing who should be protected?

Initially signed into law in 1994, the Violence Against Women Act (VAWA) improves the investigation and prosecution of violent crimes against women, as well as strengthens the resources and services provided to survivors. Congress reauthorized the bill during the Bush Administration in both 2000 and 2005 without any hang-ups.

This year VAWA is up for reauthorization, but has become a divisive and relentless partisan issue. Why? The Senate reworked aspects of the bill (S. 1925) to expressly include protections for LGBT identified persons, Native American women, and undocumented immigrants.

Rep. Sandy Adams (R-Fla.) is the lead sponsor of H.R. 4970. Politico reports Adams’ response to the questioning of her decision to omit the Senate provisions, “If you look at the bill and what’s in it, you will see that it is centered around our victims.” Which victims, I ask?  Definitely not all of them.  Maybe citizens who are white and straight.

On the whole, VAWA is a success story. Since 1994, domestic violence rates have dropped by 58%. The positive progress aside, domestic violence is still a widespread reality. Successful pieces of legislation (like VAWA) are often strengthened through subsequent revisions, amendments, and inclusions.

Evidence of such is apparent in the evolution of federal equal employment opportunity laws. Title VII of 1964 initially prohibited discrimination on the basis of race, color, religion, sex, and national origin. The Age Discrimination in Employment Act of 1967 prohibited discrimination on the basis of age. Similar protections were extended to “qualified individuals with disabilities” in both the Rehabilitation Act of 1973 and the ADA in 1990. Currently, ENDA proposes protections on the basis of sexual orientation and gender identity (yet, we still need to alert Congress to pass it!).

So, what is the hold up? Does the House realize that inaction and H.R. 4970 indicate an implicit acceptance of violence against women? Despite VAWA’s accomplishments, more can be done to provide services and protection to specific identity groups.

If you believe that all women should be protected from violence, pick up the phone and start calling Congress today, (202) 224-3121 for the U.S. Capitol Switchboard. Urge your representatives to pass the inclusive version of VAWA (the Senate version, S. 1925) and mention that their help or hindrance will influence your vote in the fall.

Cross-posted with the National Council of Women’s Organization.