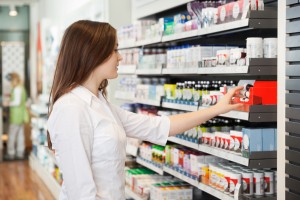 The Obama administration Monday officially ended its opposition to over-the-counter sales of “Plan B One-Step,” also known as the morning-after pill. Government attorneys filed federal documents in New York announcing that the Food and Drug Administration and Department of Health and Human Services will remove age and point of sale restrictions on the emergency contraception.

Plan B One-Step, or PBOS, when taken within 72 hours of sexual activity, reduces the risk of pregnancy by up to 89 percent without damaging a fetus or causing an abortion. If someone is already pregnant when they take Plan B, the pill has no effect.

An April 5 ruling by U.S. District Judge Edward Korman demanded that PBOS be available over-the-counter to girls of any age, calling restrictions to the contrary “arbitrary, capricious, and unreasonable.” The Obama administration responded by lowering the age of regulation for the pill from 17 to 15, and filed an appeal to the ruling in the 2nd Circuit Court. On June 5, that court ruled that the FDA had to immediately make available various forms of emergency contraception to anyone, regardless of age. The FDA has withdrawn that appealand will now comply with the original ruling from April, which did not mandate the same over-the-counter availability for the two-pill version of the same product and its generics.

The FDA has asked Teva,, the manufacturer of PBOS, to submit a supplemental application for approval for the pill to be made available over-the-counter without age restrictions, according to a statement, and “intends to approve it promptly.” Generic versions of the pill may eventually also be available.

Many women’s groups are applauding the Obama Administration for dropping their appeal of Judge Kormen’s decision. “It’s about time,” said Annie Tummino of National Women’s Liberation, “that the administration stopped opposing women having access to safe and effective birth control.”

The Obama administration, however, has made clear that this is not a reversal on their stance that emergency contraception should not be available over-the-counter to teens.