Planned Parenthood of the Heartland has filed a lawsuit against the Oklahoma Department of Health because it has withdrawn funding from three Tulsa-area clinics that had previously received Women, Infant, and Children (WIC) program funding from the state.

The WIC program is designed to provide nutritional food and guidance to low-income families at a reasonable cost. 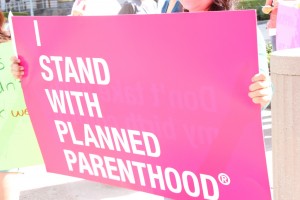 Planned Parenthood of the Heartland alleges in their lawsuit that the Oklahoma Department of Health has yet to provide any factual evidence supporting termination of the three clinics from the program. According to the Associated Press, health department officials have declined to comment on the matter, but in the past have said that Planned Parenthood’s cost per person is higher than other participant centers.