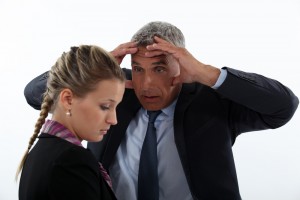 Yesterday, the Pregnant Workers Fairness Act was introduced in both the U.S. House of Representatives and Senate aimed at strengthening workplace protections for pregnant workers.

The bill is aimed at strengthening the Pregnancy Discrimination Act of 1978, which prohibits workplace discrimination based on pregnancy, childbirth, or related medical conditions. Despite being illegal to fire someone for being pregnant, women are often forced to take unpaid leave during their pregnancy or fired for related accommodations that are ordered by a physician, but not honored by their employer. In a statement by Emily Martin of the National Women’s Law Center, Martin cites stories of women such as Amber Walker who is “the only female truck driver for a beer distributor in Iowa, who asked for help with heavy lifting or a temporary assignment to a different position during the final months of her pregnancy. Although the company routinely accommodated employees with injuries – and even had a policy allowing drivers who lost their license from drunk driving to apply for new positions in sales – it denied Walker’s request and forced her to take unpaid leave. Six days after her baby was born, Walker’s leave was already used up. When she failed to return to work one week after giving birth, she was fired.”

The Pregnant Workers Fairness Act is being sponsored in the Senate by Senators Jeanne Shaheen (D-NH) and Bob Casey (D-PA) and in the House of Representatives by Representatives Jerrold Nadler (D-NY), Carolyn Maloney (D-NY), Jackie Speier (D-CA), Susan Davis (D-CA), and Marcia Fudge (D-OH). In their statements, both Senator Shaheen and Representative Jerrold Nadler describe the bill “The Pregnant Workers Fairness Act requires employers to make reasonable accommodations for pregnant workers and preventing employers from forcing women out on leave when another reasonable accommodation would allow them to continue working. The bill also bars employers from denying employment opportunities to women based on their need for reasonable accommodations related to pregnancy, childbirth, or related medical conditions.”