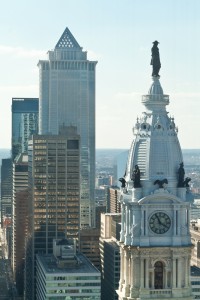 On Tuesday, President Barack Obama nominated Nitza I. Quiñones Alejandro to serve on the U.S. District Court for the Eastern District of Pennsylvania. If selected, Quiñones Alejandro would be the first openly lesbian Latina judge on the federal bench.

Quiñones Alejandro currently serves on the Philadelphia County Court of Common Pleas and became the first Hispanic women to serve on that branch when she accepted the position in 1991. She has also worked in the U.S. Department of Veteran Affairs as a lawyer and the U.S. Department of Health and Human Services as an attorney advisor.

There are currently six vacant seats on the federal court in the Eastern District of Pennsylvania. Along with Quiñones Alejandro, President Obama nominated Judge Luis Felipe Restrepo and Judge Jeffery L. Schmehl. In a White House press release, President Obama stated “These men and women have had distinguished legal careers, and I am honored to ask them to continue their work as judges on the federal bench…They will serve the American people with integrity and an unwavering commitment to justice.”

President Obama has nominated eight openly-gay judges to federal court since he took office in 2009. Three of those eight nominations have been confirmed.

City Hall with a statue of William Penn from Shutterstock