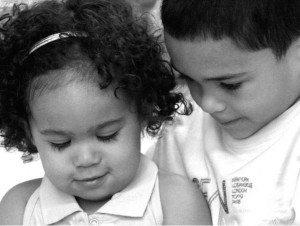 Today President Obama released his 2012 Budget, which poses a direct contrast to the massive cuts to programs that benefit women and girls proposed by House Republican in the Continuing Resolution (CR) for funding FY 2011. The proposed budget would decrease funding for the Department of Defense by $78 billion over the next five years, a striking contrast to the House Republican’s proposed increase of $8.1 billion for FY 2011.

Unlike the Republican’s proposal to eliminate the Title X domestic family planning program, President Obama’s budget allocates $327 for Title X Family Planning Programs, an $11 million increase from 2010 enacted funding. In addition, Obama’s 2012 budget would support 9.6 million women in the Women Infant Child (WIC) program and would benefit family caregivers, the majority of whom are women, by including $96 million for the Administration’s Caregiver Initiative.

Moreover, the President’s budget proposes $777 million to support victims of violence, including domestic abuse and sexual assault, $135 million to support battered women’s shelters, and $4.5 million for the National Domestic Violence Hotline. The 2012 Budget also proposes $23 million for a State Paid Leave Fund within the Department of Labor that will “provide competitive grants to help states that choose to launch paid-leave programs cover their start up costs.”

President’s Obama budget proposes $350 to establish the Early Learning Challenge Fund, administered by the Department of Education, and includes $8.1 for Head Start and Early Head Start, while the Republicans proposed a $2.27 billion cut from the President’s 2011 request.