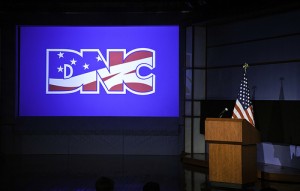 “Over the past few months, the LGBT community has seen a groundswell of support for marriage equality, largely stemming from President Obama’s announcement,” said Representative Adam Schiff (D-CA), who is leading a group of 27 House Democrats in signing Freedom to Marry’s letter urging an endorsement of marriage equality in the platform. “Marriage equality would extend one of our most basic rights of citizenship to all Americans — the right to marry the person you love. Everyone should enjoy all the benefits and responsibilities of citizenship without discrimination. By making our belief in freedom and equality for all, including those in the LGBT community, part of the Democratic party platform, we can make marriage equality one step closer to becoming the law of the land.”

Several state Democratic parties already include marriage equality in their platforms, but if the language put forward by Freedom to Marry is adopted it will be the first time marriage equality is included in the national party platform. In 2008 the platform openly opposed the Defense of Marriage Act and in 2004 it disavowed Republican attempts to pass a constitutional amendment banning same-sex marriage, but it has never explicitly endorsed same-sex marriage.

“The president has made his position clear — he, like the majority of Americans, a substantial majority of independents, and an overwhelming majority of Democrats — supports the freedom to marry,” Eric Wolfson, president of Freedom to Marry, said to the Washington Blade. “Freedom to Marry launched the call for a freedom to marry plank in the platform, continues to work hard to get it done, and is confident that we will succeed and the Democratic Party will be on record and on the right side of history.”

The first meeting of the platform committee will be the weekend of July 27 in Minneapolis, and the platform will be ratified at the Democratic National Convention, which begins September 3 in Charlotte, NC.