This is a huge victory for women’s reproductive health and rights. Sen. Obenshain introduced legislation that would have required women to report their miscarriages to the police within 24 hours of them happening. He supported Virginia’s Personhood Act and the mandatory ultrasound legislation.

Election totals on November 5 had Herring winning the race by a margin of 165 votes out of over 2.2 million. Obenshain subsequently requested a recount. Yesterday, with 73 percent of the votes counted, the votes showed Herring ahead by a larger margin of at least 800 votes, and Obenshain announced his concession. Herring will succeed Ken Cuccinelli, who lost in the Virginia Governor race to Democrat Terry McAuliffe.

“Virginians are looking for mainstream leadership,” said Herring during a news conference yesterday. “They want good jobs. They want better education for their children. They want a good transportation system that will serve our growing economy.” 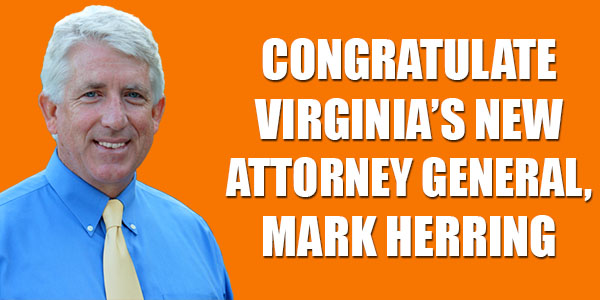 Congratulate Herring on his victory!