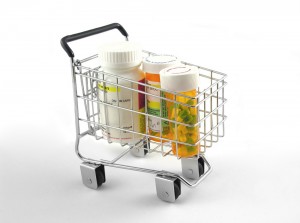 Louisiana Governor Bobby Jindal (R) published an op-ed in the Wall Street Journal on Friday in which he endorses over the counter birth control and calls for fellow Republicans to do the same and take contraception out of political debates.

In his opinion piece, Governor Jindal supports the statement from the American College of Obstetricians and Gynecology supporting the availability of oral contraceptives over the counter and without a prescription. He argues that Republicans have let Democrats run away with the idea that Republicans are against birth control and contraception. He states “As an unapologetic pro-life Republican, I also believe that every adult (18 years old and over) who wants contraception should be able to purchase it.”

He continues “Why do women have to go see a doctor before they buy birth control? There are two answers. First, because big government says they should, even though requiring a doctor visit to get a drug that research shows is safe helps drive up health-care costs. Second, because big pharmaceutical companies benefit from it. They know that prices would be driven down if the companies had to compete in the marketplace once their contraceptives were sold over the counter.”

“Contraception is a personal matter-the government shouldn’t be in the business of banning it or requiring a woman’s employer to keep tabs on her use of it,” he argues.

Last month, the American College of Obstetricians and Gynecology (ACOG) issued a statement saying that oral contraceptives should be available over the counter and without a prescription for all women. ACOG stated that if women had over the counter access to birth control, it could lead to a reduction in unintended pregnancies in the country, as well as reduce the economic impact of the U.S.’s high rate of unintended pregnancies.

Jindal is the current head of the Republican Governors’ Association, and a possible GOP presidential candidate in 2016 according to Politico.