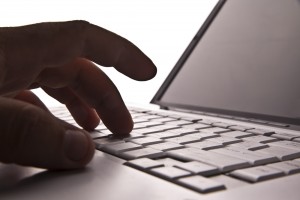 A controversial website featuring nude photographs from failed past relationships is relaunching within the month and will include the home addresses of the people pictured on the site.

The original site IsAnyoneUp? was a pornographic website that featured nude photographs posted by ex-partners that included the subject’s name and social media profiles. The site was shut down in April due to legal problems and the domain was sold to an anti-bullying group. IsAnyoneUp? founder Hunter Moore has announced that he will launch a similar website within a month. The new site will allow users to post a person’s home address in addition to their full name and social media profiles.

In an interview with BetaBeat, Moore said “We’re gonna introduce the mapping stuff so you can stalk people. …I know-it’s scary as ****.” He added in regards to the closure of the original site, “All these people that thought they were safe: nah, it’s all gonna be back.”

According to the BBC, the original IsAnyoneUp? prompted many to consider Moore “the most hated man on the Internet.” Some content is already available on the new site, according to Salon.

Silhouetted image someone typing on laptop computer from Shutterstock