Yesterday the US Preventive Services Task Force released new guidelines recommending that every American between the ages of 15 and 65 be regularly tested for HIV. The Affordable Care Act requires insurance coverage of all preventive services recommended by the task force, which means that regular HIV testing will now be covered under Obamacare as part of a routine check-up.

1.2 million Americans are currently living with HIV – a number which the US Center for Disease Control and P 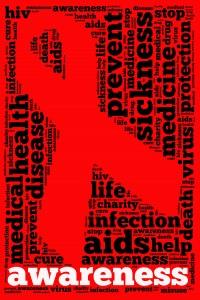 revention says has been increasing steadily over the last five years. Despite this prevalence, 20 to 25 percent of HIV-positive individuals are unaware they have the virus. There are about 48,000 new cases of HIV each year in the United States.

Previously, only ‘high risk’ individuals who had unprotected sex with multiple partners or used intravenous drugs were recommended for HIV testing. However, according to the Preventive Services Task Force, up to a quarter of HIV-positive patients report no risk factors. The new guidelines recommend the screening of every American between the ages of 15 and 65, regardless of ‘risk.’

HIV screening is an important preventive measure for the purposes of both treatment and transmission prevention. A regular HIV screening that is as common as a cholesterol test will allow HIV-positive patients to start treatment early, while their immune systems are relatively strong, which will increase their life spans. Evidence also indicates that treatment can reduce the chance of transmitting the virus to an uninfected partner by up to 96 percent.

“This marks a monumental shift in how HIV in the United States can be prevented, diagnosed and treated,” said Carl Schmid, deputy executive director of The AIDS Institute.

Thinkprogress points out that Obamacare also increased resources for HIV research and prevention, helps ensure the affordability of HIV treatment, and prohibits insurance companies from discriminating against Americans based on their HIV status.

The draft of the task force’s new guidelines is currently available online, and it open for a 30 day public comment period. The guidelines are expected to go into effect sometime within the next year.