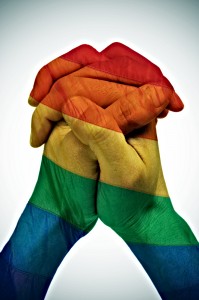 Maryland and Washington state began implementing parts of new legislation legalizing same-sex marriage today. Same-sex marriage was approved in both states, as well as in Maine, in the November election.

In Maryland, same-sex couples can now begin the process for obtaining a marriage license from the state. Licenses for same-sex couples won’t be valid in January 1st, 2013, when the new law will officially take effect. However, two of the largest jurisdictions in Maryland will begin issuing licenses as early Thursday according to local WJLA. Couples with a marriage license dated for January 1st, 2013 can begin exchanging vows at the beginning of the new year.

In Washington, same-sex couples were in line at midnight to get marriage licenses. According to the Seattle Times, over 200 couples were in line at midnight to get licenses in the city. Whereas in Maryland couples won’t be able to exchange vows until 2013, Washington couples can proceed with ceremonies as early as Sunday, after a mandatory three day waiting period after receiving a marriage license. Pete-e Peterson, the first to get a license with her partner Jane Abbott Lightly, told the Huffington Post, “We waited a long time. We’ve been together 35 years, never thinking we’d get a legal marriage. Now I feel so joyous I can’t hardly stand it.”

Same-sex couples in Maine can begin exchanging vows December 29th when the state law goes into effect. There is no mandatory waiting period for a marriage license in Maine.

Someone joining his hands from Shutterstock