The Feminist Majority hosted its first Women, Money, Power Summit in 2009. This year, they’re bringing together feminist thinkers and activists, top political leaders, and folks like YOU on Capitol Hill for the fourth one in five years. The summit, which begins October 8, is a two-day event combining speakers, workshops, and congressional visits all while covering topics like CEDAW, contraception access and information, attacks on food stamps, and ending violence against women.

You’re not gonna wanna miss this – register today to save a seat. 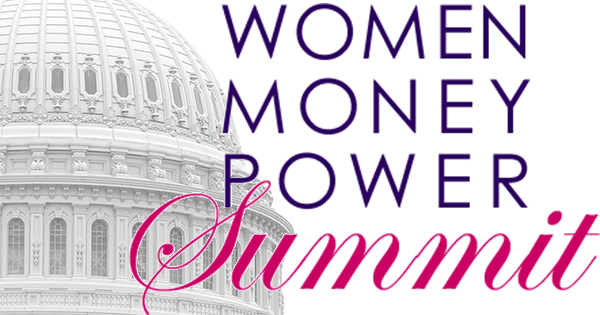 The Feminist Majority Foundation is partnering with Feminist Majority to make the event possible, and with speakers ranging from summit honorees Rosa DeLauro, Leticia Van De Putte, and Barbara Arnwine to panelists Carolyn Maloney, Terry O’Neill, Katherine Spillar, and our own Ellie Smeal, we can’t help but be proud to tell you all about it. We’re excited to bring dedicated women’s rights advocates from around the nation the opportunity to strategize and fight back as well as recharge our batteries, exchange ideas, and maximize our strengths.

The summit agenda, which was recently released, says it all: this year’s event is a one-stop-shop for learning about the issues facing women politically, socially, and economically and conjure up the best methods to act to protect and expand our rights. Here’s a quick review.

The “Connecting the Dots: Stopping the War on Women’s Health, Teachers, Voting Rights, Food Stamps & Our Wallets” panel will include Ellie Smeal of the FMF, Katherine Spillar of FM, Randi Weingarten of the American Federation of Teachers, Terry O’Neill of the National Organization for Women, and Melanie Campbell of the National Coalition on Black Civic Participation. “Unholy Alliance: Cycle Beads, Condom Stockouts, and Abstinence-Only” will be a discussion between Jeanne Clark of Ms. Magazine, Jon O’Brien from Catholics for Choice, and Rob Boston of Americans United for Separation of Church and State. “Going on the Offensive: CEDAW, ERA, and Ending Violence Against Women” will include Gaylynn Burroughs of the FM, Kathy Bonk of Communications Consortium Media Center, Manizha Naderi of Women for Afghan Women, Congresswoman Carolyn Maloney, and Susan Burke. Tuesday will wrap up with a panel on the Affordable Care Act.

During the summit luncheon, we’ll hear from Congresswoman Rosa DeLauro, Texas state Sen. Leticia Van de Putte, and Barbara R. Arnwine, executive director of the Lawyers’ Committee for Civil Rights Under Law. And on Wednesday, October 9, we’ll head over to Congress to help participants visit with their representatives and talk to them about the issues they hold near and dear and those facing women across the nation in these turbulent times.

Don’t miss out on this amazing opportunity to grab a seat at the table with our nation’s political and feminist thinkers and activists and get to work. Register and save your spot today!