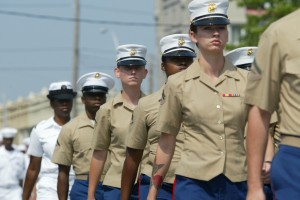 Yesterday, Senate Armed Service Committee Chairman Carl Levin (D-MI) announced that he will remove a provision from the defense spending bill that would take military sexual assault cases out of the chain of command.

The measure was proposed by Senator Karen Gillibrand (D-NY) and would allow military prosecutors to decide which cases of sexual assault should go to trial instead of commanders, taking the cases out of the chain of command. The measure has 27 co-sponsors, including four Republicans. However, Levin announced that he would remove the provision and insert a new one that would require senior military officials to review sexual assault cases that commanders decide not to prosecute.

Aides for Gillibrand commented to news sources that Levin’s decision was “a real setback.” She plans to re-introduce the measure when the budget comes up for a final vote later in the summer. Senator Barbara Boxer (D-CA), a co-sponsor of Gillibrand’s proposal, told reporters “They basically embrace the status quo here. It’s outrageous.”