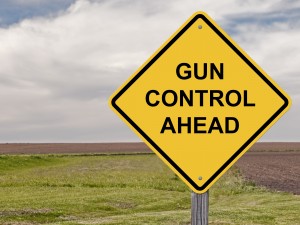 The Senate ended a Republican filibuster Thursday that was preventing debate on President Obama’s gun control legislation, which would expand background checks and tighten gun restrictions.

In a vote of 68 – 31, 16 Republicans joined Democrats in bringing the legislation to the Senate floor for debate. Senate Majority Leader Harry Reid (D-NV) told reporters after the vote that “the hard work starts now.” Pro-gun legislators are expected to add multiple amendments in an attempt to weaken the legislation or prevent it from passing.

On Wednesday, Senators Joe Manchin (D-WV) and Patrick Toomey (R-PA) introduced a bill that includes lesser restrictions than the bill proposed by President Obama. Despite the changes, President Obama applauded the bi-partisan effort. In a written statement President Obama said “This is not my bill … [But] we don’t have to agree on everything to know that we’ve got to do something to stem the tide of gun violence.”